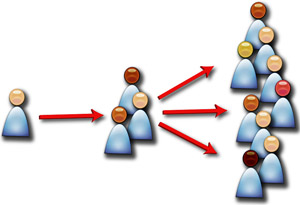 We have been very busy with enhancements to our platform. Most of which have provided things only a computer nerd would get excited about. But we now have some things we can announce for the broadcasters on our platform.

Enhanced Pay-Per-View is perfect for Conferences, Movie Studios, Poets, Music Studios. It is a way to allow a person to pay-per-view of the live or pre-recorded broadcast. It allows sold out conferences a way to broadcasts to a paying audience. After the conference, attendees or others can relive the event using this system. Movie studios can allow viewers to watch their releases, while receiving direct compensation from each movie goer. Concerts can be broadcast live and later for a ticket price per view. Poets can monetize their best performances for a small (or large) ticket price. Plays can be broadcast live and video on demand to audiences around the world.

As you can see there are almost endless possible uses for this technology. We have designed it to be easy to use, secure from sharing, easy to broadcast, and you control the ticket price. The money goes directly into your PayPal account. We charge a small $100 setup fee, and 15% per pay-per-view payment.

Here is an example:

Replace Video with Video, is a feature that is really important for those doing live broadcasts. Let say you find out at the last minute that you will not be able to broadcast live. What do you do? Simply copy the Media ID Code, from the video you want to play, enter it in the new Replace Media ID Code field under Edit Videos, for your live broadcast and update. Now instead of dead air, your chosen video will play for all visitors until your remove it, or switch it to another video. Ready to broadcast live again, just clear the Replace Media ID Code field, and update. All done. We do all the hard work instantly on our platform.

Facebook Live Simulcasting, is a way to broadcast live on the internet, and on Facebook using Facebook Live at the same time. It will not cost anything extra, but will require some setup. Viewers can subscribe to be notified upon your live broadcast. They can see it during the live session or after. Facebook auto archives the broadcast. This is a great way to broaden your audience. Yes we can even broadcast into YouTube at the same time too. All from 1 account. Just let us know if you are interested. We will help you get setup.