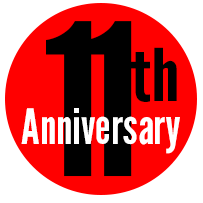 We are thankful to God for His Grace, Mercy and Direction over the last 11 years. He has been wonderful. trueGOD.tv has experienced many ups and downs, but God has always been faithful, and continues to “Blow our Minds”, by doing exceedingly abundantly above, anything we can ask or think. Eph 3:20

Over the last year we broadcast many large special events for mayor ministries, denominations, while continuing to broadcast for over-the-air and virtual TV networks on our platform as well.

During part of last year and some of 2017 we did a missionary tour across the US, visiting ministries, mission societies, and TV networks that we provide services for, or partner with. This amazing experience place us at the right place, and time, over and over. From the regional conference with Northern California COGIC, to the state wide conference for Arizona Churches, to NRB in Nashville, TN. Then for the ordination ceremonies of Arletia and Franklin Mayfield in Atlanta (Southside Christian Fellowship) and Florida (Inter-American Chaplains Association). We ended up in mid-Florida, where God stopped us from moving, while serving a 78 year old mission society with media and technology. While there, we were invited to go to Papua New Guinea with them to document the 70th anniversary of Evangelical Bible Mission establishing ministry in the country. We agreed to the 6 week trip to the other side of the world.

We prepared equipment to record and broadcast live across the country; cameras, lights, sound equipment, drone, 360VR camera. We had the privilege to travel with the President of EBM International, Gearld Bustin, his wife Roana. We traveled throughout the country; 6 provinces, at celebrations, church services, and outdoor events all focused on the 70th anniversary of Evangelical Bible Mission. We had the privilege to not just record, but to also preach, and teach. 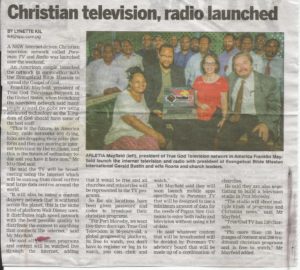 While in PNG we launched PoroMan TV & Radio Network which includes the development of two television studios, broadcasting LIVE from over eight locations in PNG. trueGODtv provided internet television streaming on multiple platforms for the stations as well as on social media networks. trueGOD.tv was the designated consultant for this project.

After returning from Papua New Guinea (October 2018), God instructed us that trueGOD.tv will have a REBOOT. Well what does that mean? From the time of those instructions, we have changed our primary Content Delivery Network (CDN), Cloud Server Platform, Live Streaming CDN, moved millions of files and written over 10,000 lines of code redeveloping our main player (the TV!). We added a development platform to make it easier to launch TV apps. We are still in the reboot process, but these changes have helped us save of thousands of dollars per month, and enables us to grow even faster.

In April of 2017, God gave Franklin instructions on a new business/technology that was to be launched. Based upon those instructions, and knowing it was not a small project, he waited until God’s Timing, on moving it forward. While in PNG, again the Holy Spirit reminded him about the venture, seeing it was now time, we planned the venture between Christmas and New Years, and launched on January 1, 2019. To find out more about this independent ministry/business click here. https://tongues.services

trueGOD Television, has staff from coast to coast; sales, development, support available to provide advance technology for your ministry, conference, denomination, TV network or mega-church. Under God’s guidance we have established a third headquarters for trueGOD.tv in mid-Florida. This is added to Cincinnati and Atlanta. Accordingly we are changing our primary mailing address to the Florida location.

To continue to listen to God, and follow His direction. Improve our services, tools and technology. Learn more, add AI, Machine Learning, Augmented Reality to our tool kit for the kingdom. Expand into more languages, and build more TV networks like PoroMan around the world. Allowing God to birth and do the impossible through us, and to believe Him, when He says “Do This…”.